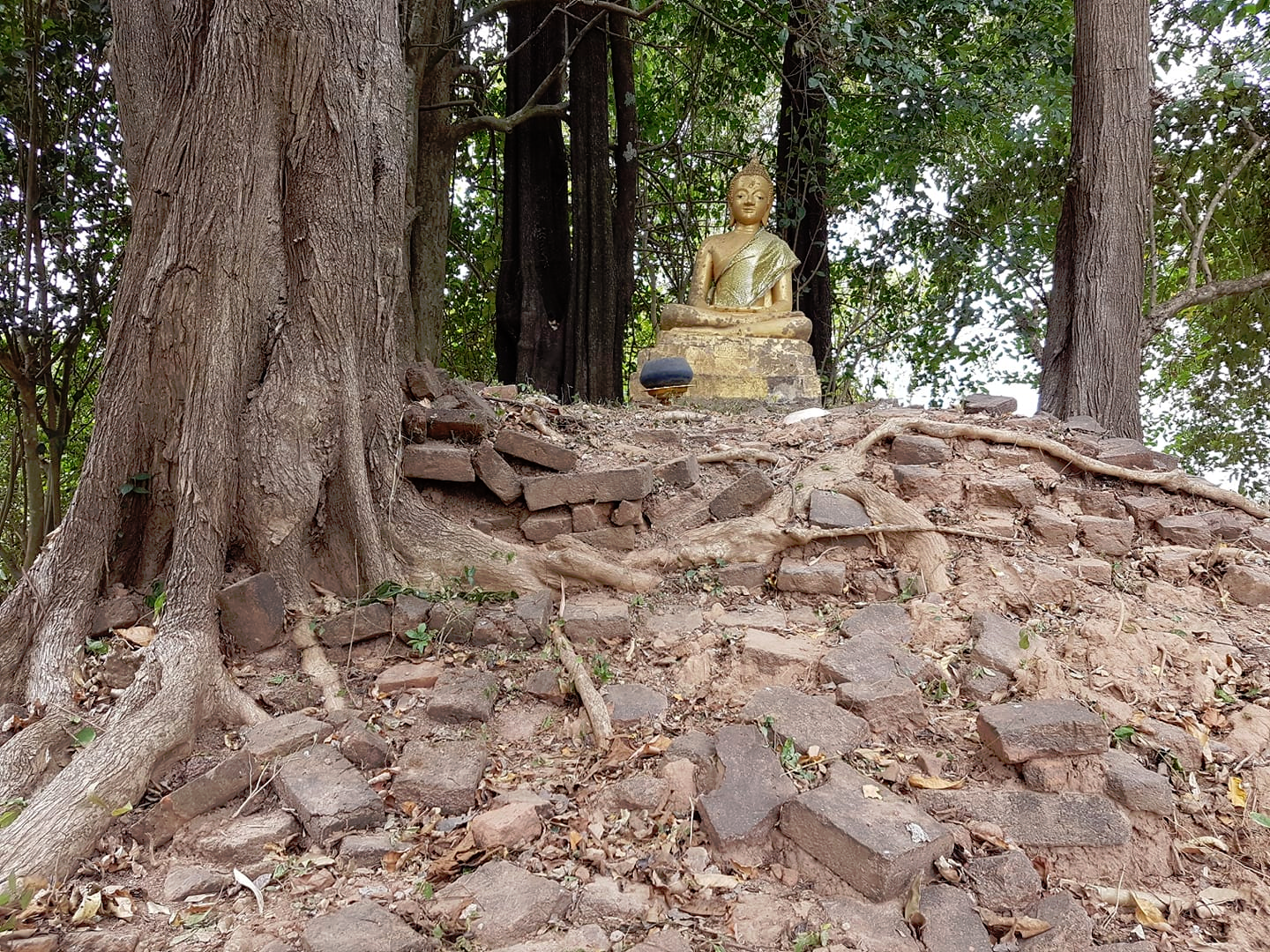 The technical team wanted to model a location within easy walking distance from Vat Sikhottabong so that visitors could get a better sense of the evidence of the old city.  Hiring local residents to assist, the project cleared vegetation off of brick features in an area south of the main temple.

One notable find was a golden Buddha statue in the forest that had been barely visible before villagers cleaned a large brick feature hidden in the brush. The statue will be a subject for another photogrammetry project.

The Buddha statue before cleaning

The statue after cleaning