Burials: Rituals that changed over time 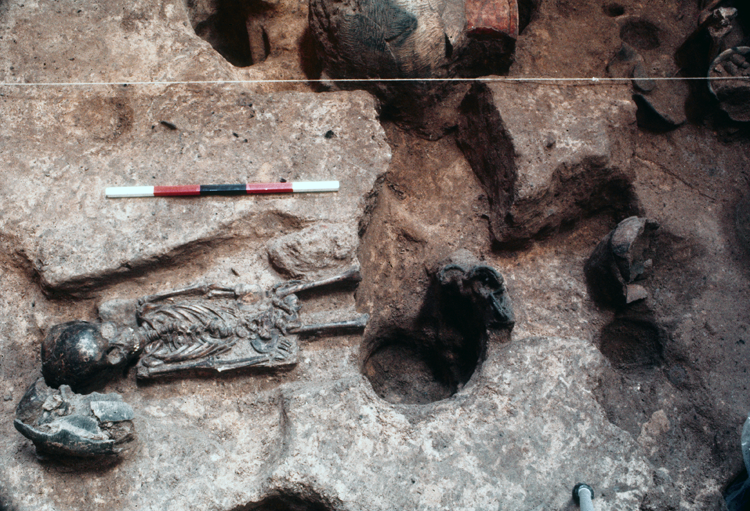 The Ban Chiang excavations yielded rich evidence of burial practices that changed over a two-thousand-year span.

Much of the evidence about the ancient society unearthed at Ban Chiang comes from the human burials. The 1974 and 1975 excavations at Ban Chiang recovered 142 individuals from burials, documented in situ with associated grave goods.  While pottery was by far the most common grave good, many burials included bone tools, clay pellets, glass beads, adzes, spear points, bronze and iron bracelets, and sometimes parts of animal skeletons placed over or alongside human skeletons.