Ceramics: An artistic and technological tradition 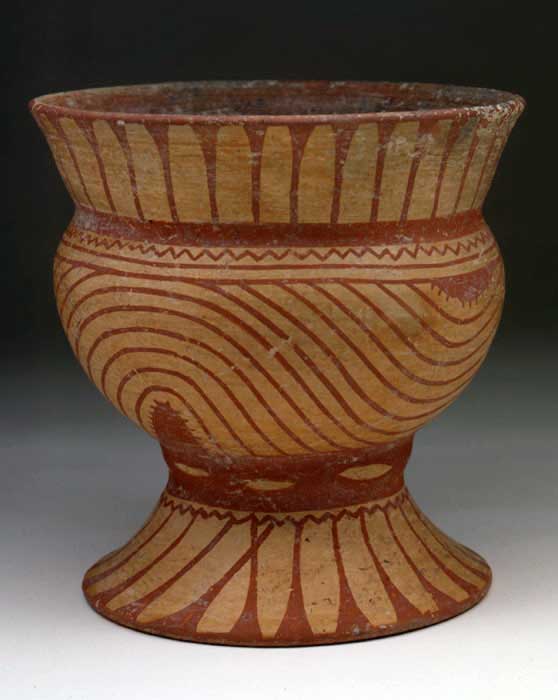 Ceramic production in Ban Chiang actually stretched back nearly 2000 years before the red-on-buff pottery which gave the site its early renown.

Known chiefly from pottery found in burials, the ceramics from even the lowest (oldest) levels of excavation exhibit an elegance, sophistication, and attention to decorative detail that far exceeds mere utilitarian needs. The funerary wares clearly served as an art medium.

2D, the fourth and final volume of the Metals Monograph, has finally been published