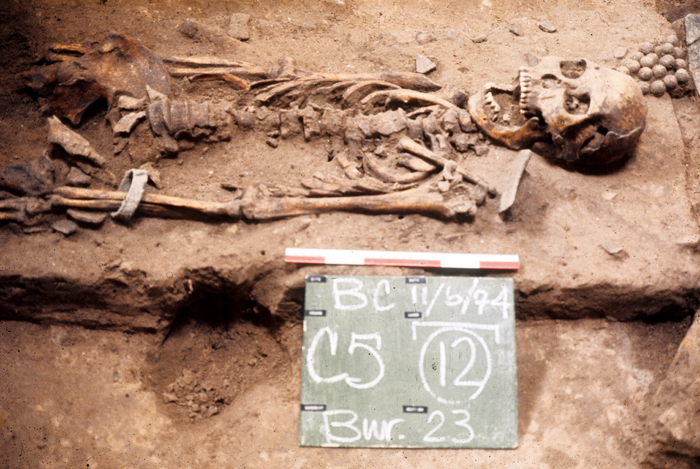 Detailed analysis of Ban Chiang skeletal remains has given us a treasure-trove of information about prehistoric life in the region around Ban Chiang. 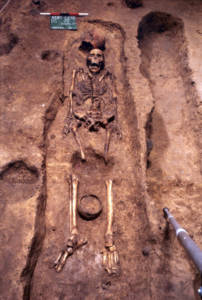 The most in-depth knowledge to date comes from Michael Pietrusewsky and Michele Toomay Douglas of the University of Hawaii, via their detailed study of 142 skeletons excavated in 1974/75 from Ban Chiang. Their 2002 monograph used modern methods of analysis to provide a wealth of evidence about health, diet, life span, social status, biological relationships, and origins of these early inhabitants of the Khorat Plateau region in northeast Thailand. About 1,500-1,700 measurements and observations per complete skeleton were recorded, as well as detailed observations of paleopathology. Complex chemical analysis yielded information about dietary patterns in the Ban Chiang population.

From these analyses comes surprising evidence of an early agricultural society that differed from those previously researched in other parts of the world. The skeletal evidence also provided new ways to think about prehistoric life in bronze and iron age cultures in mainland Southeast Asia. 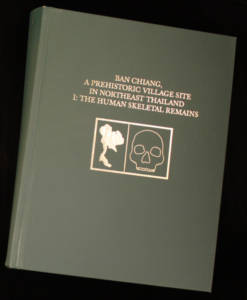 This Pietrusewsky and Douglas monograph was a turning point in understanding the diversity of human biological history in Southeast Asia. It continues to serve as a model for future research in Southeast Asian bioarchaeology.

The most unexpected findings:

This skeleton, BC Burial 23, affectionately dubbed “Vulcan” by archaeologists at Ban Chiang, was a 45-50 year old male.

Vulcan, BC Burial 23. Showing a large alveolar defect (abscess) of Vulcan’s left mandibular first molar socket. Probably a result of exposure of the tooth pulp due to excessive wear in this tooth. 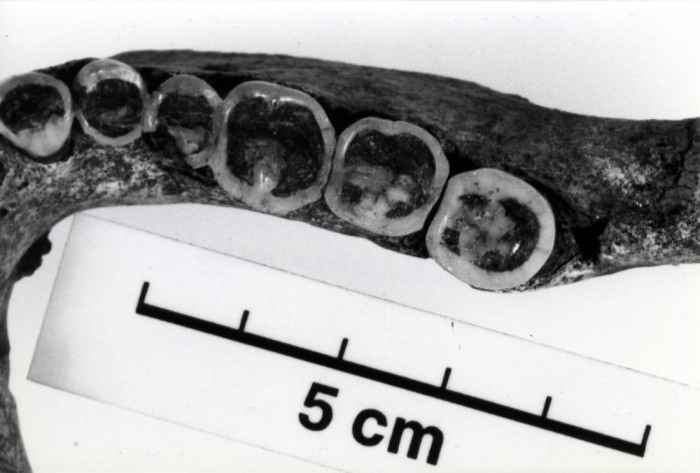 An example of dental wear in another Ban Chiang skeleton (BCES Burial 47), a male roughly the same age as Vulcan. The dentin is exposed in all teeth and the crowns are evenly worn. If not worn, the dentin would have been covered by enamel. 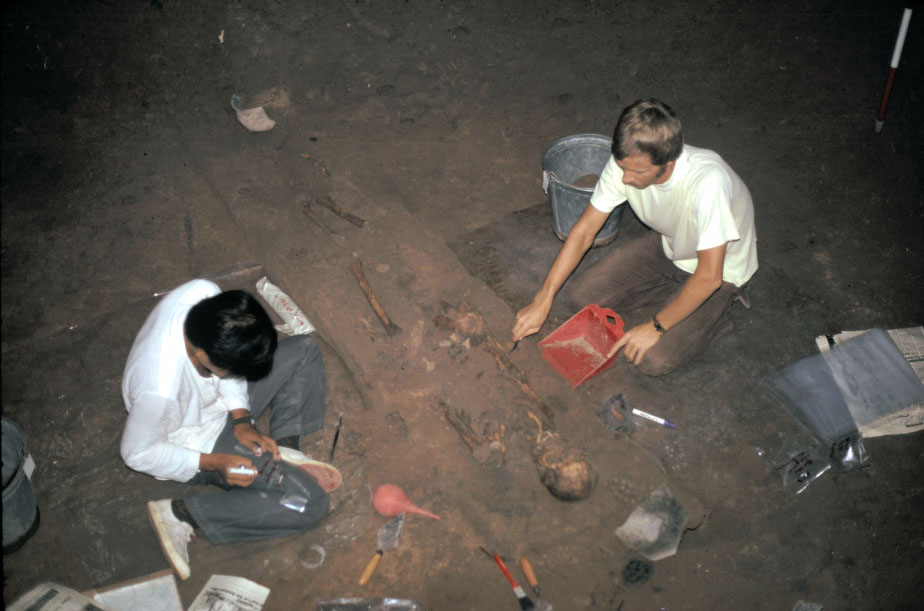 Ban Chiang 1974 excavation of Vulcan (BC Burial 23) by Pisit Charoenwongsa and Michael Pietrusewsky. 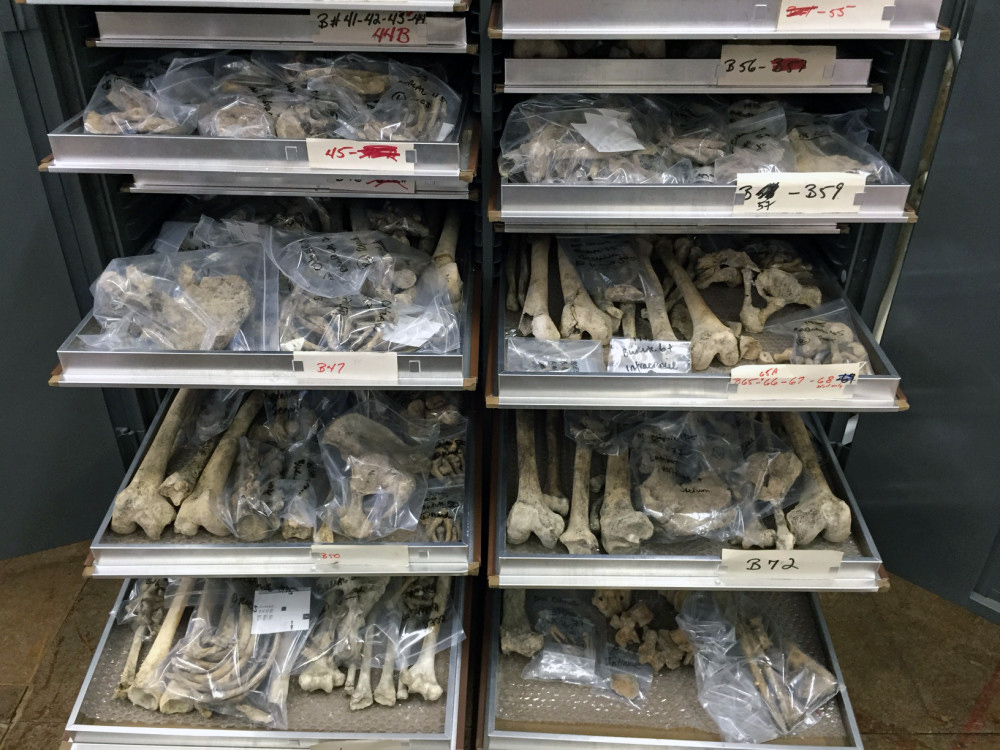 Climate-controlled storage of Ban Chiang skeletons, while under study at the University of Hawaii. 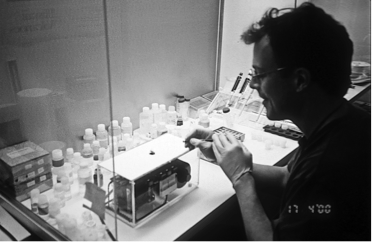 Alex Bentley in the lab running analyses of stable isotopes in the teeth of Ban Chiang skeletons.

See Alex Bentley’s results: “Matrilocality during the prehistoric transition to agriculture in Thailand?”

Pietrusewsky, M. and M.T. Douglas
2002 Intensification of agriculture at Ban Chiang: Is there evidence from the skeletons? Asian Perspectives 40(2):157-178.

Pietrusewsky, M.
1997 The people of Ban Chiang: an early bronze site in northeast Thailand. Bulletin of the Indo-Pacific Prehistory Association 16:119-147.

Pietrusewsky, M.
1984 Pioneers on the Khorat Plateau: the prehistoric inhabitants of Ban Chiang. Journal of the Hong Kong Archaeological Society 10:90-106.

Pietrusewsky, M.
1982 The ancient inhabitants of Ban Chiang: the evidence from the human skeletal and dental remains. Expedition 24(4):13-16.