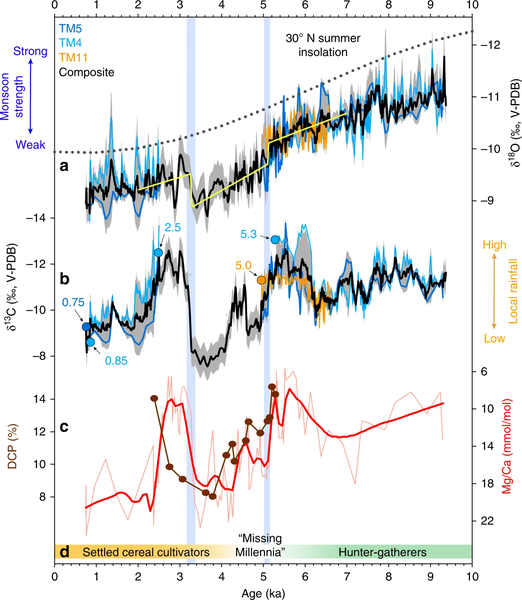 On August 21, 2020, Michael Griffiths et al., including Joyce White, published an article in Nature Communications journal “End of Green Sahara amplified mid- to late Holocene megadroughts in mainland Southeast Asia.” The article reports the existence of a 1,000-year long drought in Southeast Asia that began about 5,000 years ago, around the same time the Sahara Desert dried up. The research team gathered evidence from stalagmite records in a Laos cave. Until now, nothing had been reported on the effects of this megadrought, like changing rainfall patterns, in mainland Southeast Asia. Droughts like this have had drastic influences all forms of life worldwide, including important implications for human settlement and behavioral patterns.

You can read the article here.